So last week I spent the majority of my week at a Wyndham hotel in downtown Cleveland. It’s been awhile since I spent time there, last time I went I was in my early 20s on my first press tour.

Well, since then the downtown has changed a bit. It’s a bit deserted, which was too bad.  But what was wierd for me wasn’t the location, or the deserted downtown, it was my dreams at night. Strong dreams, the kind where I woke up wondering, what the heck did that mean.  So I’ll tell you a little about both. 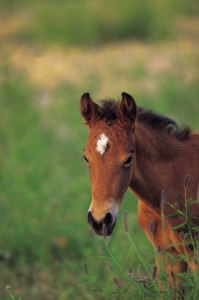 First dream: Horses and Fast Cars — So my immediate family was there, and they gave me the most beautiful brown horse for my birthday.   I was excited, and I remember patting it, then jumping on its back and galloping down my old Loretta Road in Waltham (small circle behind my house).   Then I jumped off, and I was in a horse ring of sorts, the horse was galloping around. Then I jumped into a really fast sexy sports car, in the back seat, and the driver started fishtailing right out into the street, leaving the ring in the dust.  I remember yelling “hey hey slow down” and then I was back in the ring.   The brown horse was still there, but over by a smaller brown horse and he started kicking the small horse, and I remember getting upset.  Then some man jumped into the middle of picture, and asked to buy something from me.

Hmmm I looked up horse in a dream and I got some mixed answers.  Horses in a dream generally mean physical power and strength, and that would match because lately I have been feeling like I’m on this powerful energy stream taking me to good places.  But I didn’t get the last part – maybe I’m feeling like someone is trying to wreck it – or maybe I have subconscious efforts at play that are screwing things up.  Who knows.

Dream 2 – Britney Spears was in this one, even weirder. I don’t listen to her stuff, and try not to pay attention to that drama.  But anyway, she was a crack head in the dream – and she tried to stab me with her dirty needle. Yuck!  Again – another sort of “infected” type dream.  Even worse, was my husband Dave was in the dream.  I was walking by these two male energies (could not discern) and they started harassing me, and I was fighting back.  Dave jumped out and was trying to protect me and he got hurt- and ended up shrinking up like a rag doll in my hands.  That was the freakiest part, and Britney just looked on like “you’re an idiot”.

I just may be an idiot at times, I can handle that.  I’m human after all. But it would seem that I have some unsettling thoughts about my own stability and direction.  But maybe in that second dream it is saying that I’m entering a new ground where traditional influence – meaning those people I know – won’t be as large as it used to be, who knows.  I’ve been through enough transitions to know that things change, especially as you enter new areas in life.

I’m up for other interpretations.  Thanks!